As far back as she can remember Anna has always been a soul drawn to seek answers to life’s deeper questions, and to touch, taste and experience all of this great mysterious existence. Over the past 10 years, yoga has become her greatest companion and teacher in this journey. After dabbling in Yoga classes from the age of 17, she began frequenting a humble Hare Krishna Yoga studio in Auckland during her university years, where she was studying philosophy and social sciences. It was in those yoga classes that she began to taste the more profound, energetic and transformational potential of Yoga. The seed of practice had been planted.

After her studies, during a 6-month journey on a small sailboat around the South Pacific, no studio in sight, with just enough space on the bow of the boat, she continued to practice yoga, just to get a little space to herself, and to find her center. It was out on a small floating pier in Tonga that she taught her first yoga class to her crew in 2015. Out at sea she witnessed the busyness of her mind.  And so, in the middle of the ocean, she discovered within, an impulse to learn to meditate, to calm the storms of her mind. Soon upon her return, she signed up for a 10-day silent Buddhist meditation retreat to formally learn the practice that had become her saving grace at sea.

With a curiosity to dive in deeper to the tradition that had first sparked her interest in inner work, she undertook her first Yoga teacher training in 2017, and has been teaching ever since. She has now dedicated herself to advanced continuing study with world-renowned master teacher, Yogarupa Rod Stryker, exploring the lineage-based profound teachings that have been passed from teacher to student for thousands of years, developing into a succinct science of transformation.

Anna teaches Tantric Hatha Yoga, influenced by Yoga, Ayurveda and Tantra. Her teaching is playful yet profound, based on a fundamental belief in the transformational power of the science of Yoga. Her classes are accessible but challenging, harnessing the powers of specific postures, breath, bandha, mudra, mantra, and meditation practices, to intentionally develop student’s abilities to direct their energies in ways that best support the entirety of their being, and ultimately, to bring them home to themselves.  It is Anna’s greatest joy to dive deep into practice, movement, play, and discovery with yogis of all ages and abilities. Not only does she love teaching adults, but also she enjoys introducing the concepts of yoga to the tiniest of yogis through dance, song, play and story, as well as guiding sacred ceremonial practices and ecstatic dance.

She loves the moon, the ocean, dancing and summer. She lives with her husband, Damian, and their golden lab Becks. When she isn’t practicing, she can be found in on or by any body of water, out exploring in nature, ferociously reading or dancing. For her, this entire experience of life is Sacred, if only we choose to make it so. 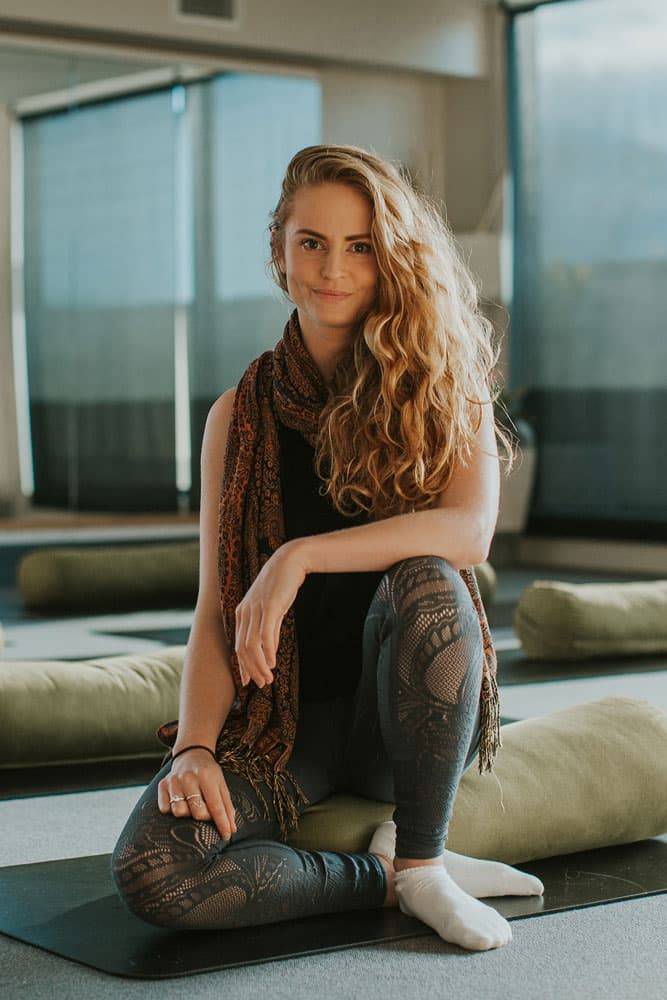 Be the first to hear Nadi news and offerings

Sign up for our Nadi newsletter to be the first to learn about Nadi news, yoga workshops, massage specials, teacher training opportunities and special offers.

Nadi has rooms and studio space to rent.
Please enquire for further information.